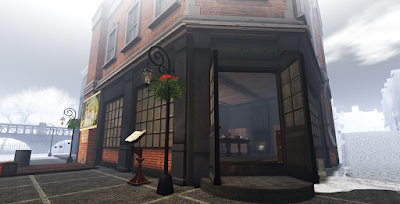 "Marley was dead, to begin with. There is no doubt whatever about that. The register of his burial was signed by the clergyman, the clerk, the undertaker, and the chief mourner. Scrooge signed it. And Scrooge's name was good upon 'Change for anything he chose to put his hand to. Old Marley was as dead as a door-nail."


Walk in the steps of Ebenezer Scrooge all this week, as twice-daily readings of A Christmas Carol guide you through Dickens ghostly carol, and all the sites his words inspired throughout The Dickens Project.

Tours begin in , near the main landing point.

Posted by Seanchai Library at 11:21 PM