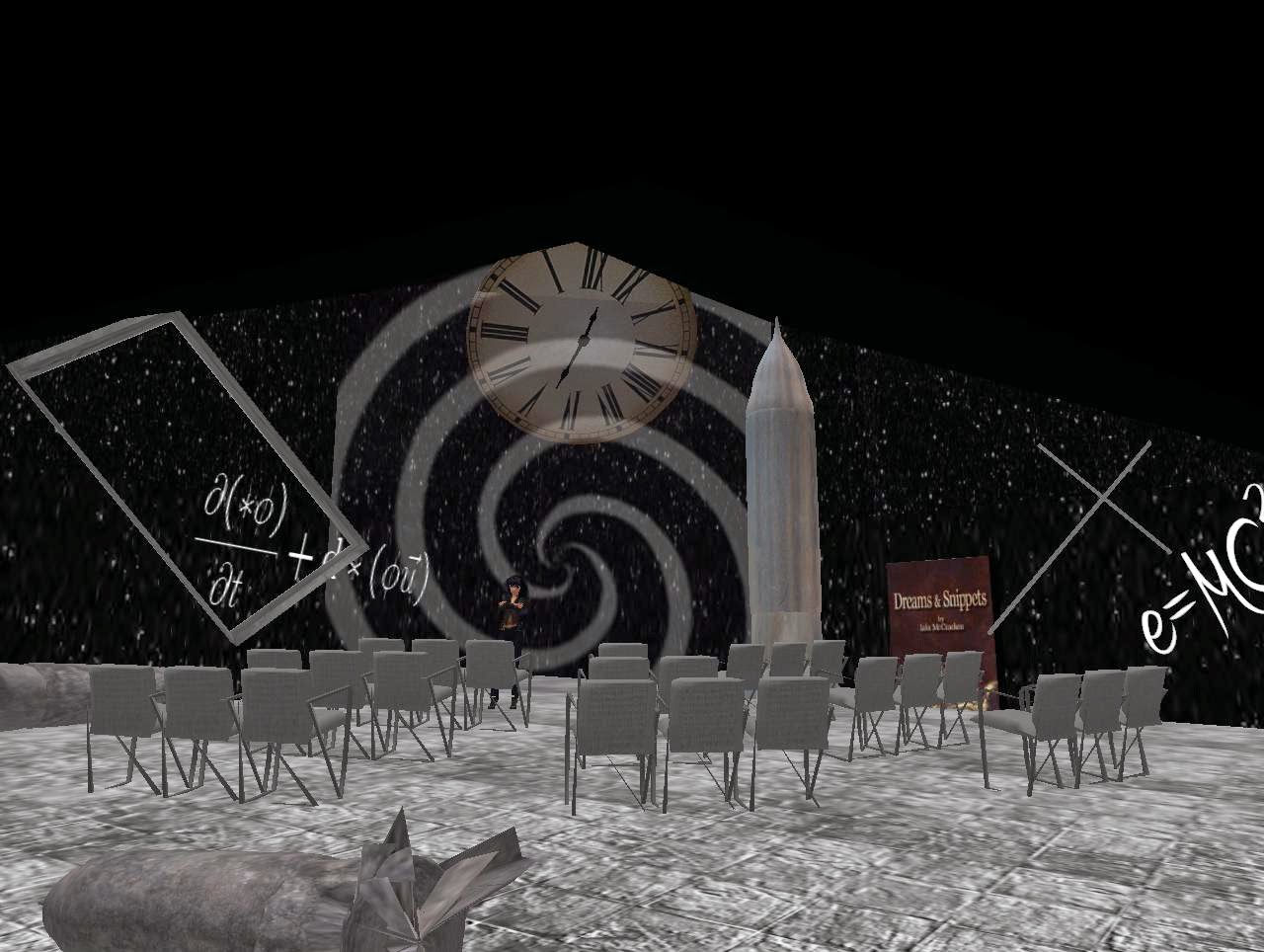 In the far future, a world remarkably similar to our own, but which appears to be in the throes of de-evolution, an investigator is sent to check a religious group known as “The Cult of the Friends”, who have been gathered in the one spot for four years, in expectation of the Rapture. Instead, they received something else entirely: a rocket carrying a man from the past.
Once hailed as a hero, and harbinger of the Rapture, the rocket man not finds himself reviled, the cult wanting him and his ship gone Unfortunately, he has nowhere to go, his ship no longer being capable of flight, and he is stranded on a hostile world he should know, but does not.  What he brings from the stars is humbling, and thought-provoking.
Kayden and Caledonia reprise their presentation of THROW BACK THE ROCKET MAN from Dreams and Snippets, a 2013 collection of short stories by Iain McCracken (perhaps better known in Second Life as Avatar Repertory Theatre co-founder, Sodovan Torok).  The presentation will last slightly longer than the standard hour - 1:20.
Live in Voice.
Posted by Caledonia S at 7:50 PM