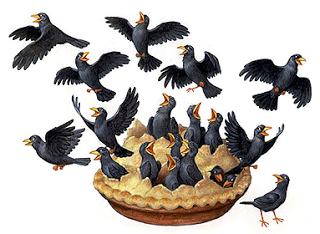 More Gaiman!  More Gaiman! Kayden brings us this short story for the season by award-winning author Neil Gaiman.  With any luck, Caledonia will join him and you'll get TWO - stay tuned!

His notable works include the comic book series "The Sandman" and novels "Stardust," "American Gods," " Coraline," and "The Graveyard Book." He has won numerous awards, including the Hugo, Nebula, and Bram Stoker awards, as well as the Newbery and Carnegie medals. He is the first author to win both the Newbery and the Carnegie medals for the same work, "The Graveyard Book" (2008).

Presented Live in Voice.
Posted by Caledonia S at 7:00 PM