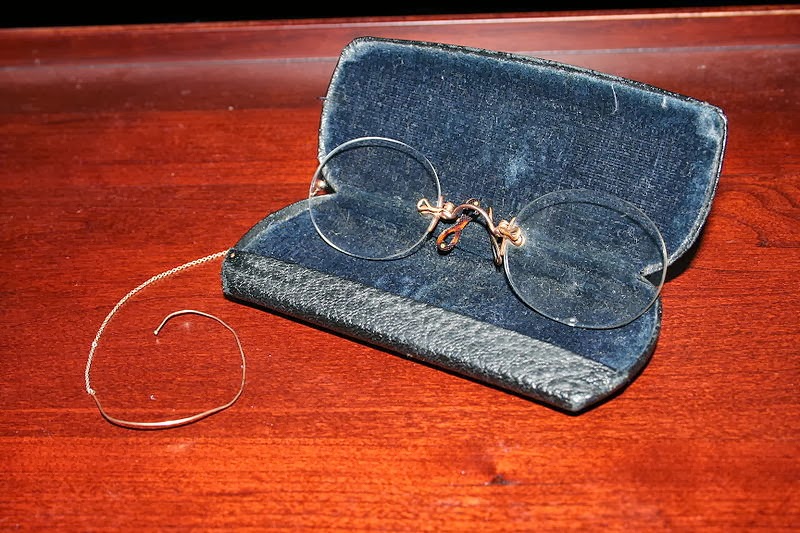 Corwyn and Caledonia crack open yet another case from THE RETURN OF SHERLOCK HOLMES!  Grabba a cuppa and join him at the fireside for another thrilling adventure.  THIS WEEK (Really): "The Adventure of the Golden Pince Nez."

One wretched November night, Inspector Stanley Hopkins comes to see Holmes at 221B Baker Street to tell him of a murder that defies solution. The dead man is Willoughby Smith, secretary to Professor Coram, an old invalid. The murder happened at Yoxley Old Place near Chatham, Kent. The most perplexing thing about the case to Hopkins is that it is apparently motiveless. Willoughby Smith seems to have nothing untoward in his background, and not an enemy in the world. He was the third secretary to the professor, the former ones not having worked out. The murder weapon was a sealing-wax knife belonging to the professor.

Presented Live in Voice.
Posted by Caledonia S at 1:03 PM