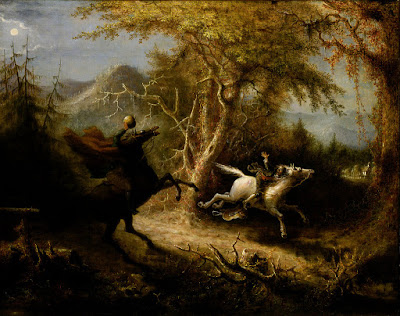 Washington Irving was an American short story writer, essayist, biographer, historian, and diplomat of the early 19th century. He is best known for his short stories "Rip Van Winkle" (1819) and "The Legend of Sleepy Hollow" (1820), both of which appear in his collection The Sketch Book of Geoffrey Crayon, ."

was one of the first American writers to earn acclaim in , and he encouraged other American authors such as Nathaniel Hawthorne, Henry Wadsworth Longfellow, Herman Melville, and Edgar Allan Poe. He was also admired by some British writers, including Lord Byron, Thomas Campbell, Charles Dickens, Francis Jeffrey, and Walter Scott. He advocated for writing as a legitimate profession and argued for stronger laws to protect American writers from copyright infringement.

"The Sketch Book of Geoffrey Crayon, Gent." is a collection of 34 essays and short stories written by the American author Washington Irving. It was published serially throughout 1819 and 1820. The collection includes two of 's best-known stories, attributed to the fictional Dutch historian Diedrich Knickerbocker.

The "Legend" relates the tale of Ichabod Crane, a lean, lanky and extremely superstitious schoolmaster from Connecticut, who competes with Abraham "Brom Bones" Van Brunt, the town rowdy, for the hand of 18-year-old Katrina Van Tassel, the daughter and sole child of wealthy farmer Baltus Van Tassel. Ichabod Crane, a Yankee and an outsider, sees marriage to Katrina as a means of procuring Van Tassel's extravagant wealth. Bones, the local hero, unable to force Ichabod into a physical showdown to settle things, plays a series of pranks on the superstitious schoolmaster. The tension among the three continues for some time, and is soon brought to a head. On a placid autumn night, the ambitious Crane attends a harvest party at the Van Tassels' homestead. He dances, partakes in the feast, and listens to ghostly legends told by Brom and the locals, but his true aim is to propose to Katrina after the guests leave. His intentions, however, are ill-fated - as is his homeward journey that night.

Posted by Seanchai Library at 4:02 AM