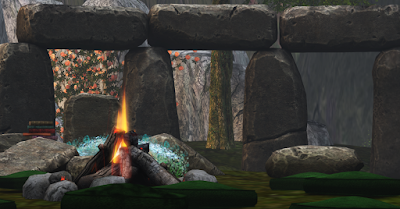 *TUESDAY, March 5th at 7pm: THE STORYTELLER'S PATH. an original story presented by Caledonia Skytower (Plus a bonus: a few poems by W.B. Yeats, time permitting.)

*WEDNESDAY, March 6th at 7pm:  Selections from THE WIND IN THE WILLOWS with Faerie Maven-Pralou.

~ at 7pm: BEYOND THE VEIL, a story from Ancient Ireland with Shandon Loring. (Also in Kitely!  Find teleport from the main Seanchai World grid.kitely.com:8002:SEANCHAI)

MAKE YOUR VOTE COUNT:  We'll be presenting Sherlock Holmes Greatest Hits at Sunday Tea Times in March and April. YOU can help us decide which four out of fifty six stories we'll present (we've made it easier, we've already narrowed it down to a list of ten).  Let your voice be heard - vote today!  https://goo.gl/forms/wg352iqmZ7Gc3Wgm1

OUR THANKS For all the support, the "pluses" and the comments over the years on Google+. Our last posting was on February 28th, in anticipation of Google ratcheting down the service to its closing in April. As of March 1, we will no longer be posting in Google+ or maintaining either the Seanchai Library Community, or Hypergrid Events.