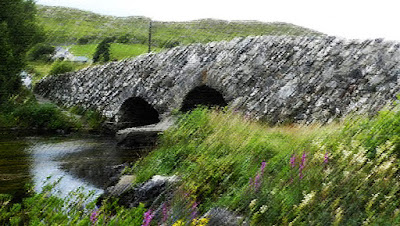 Happy Saint Patrick's Day!  Put down the green beer, silly!  We are celebrating with a favorite story and you are invited.

"Shawn Kelvin, a blithe young lad of 20, went to the States to seek his fortune. And 15 years thereafter he returned to his native Kerry, his blitheness sobered and his youth dried to the core, and whether he had made his fortune or whether he had not no one could be knowing for certain. For he was a quiet man, not given to talking about himself and the things he had done. A quiet man, under middle size, with strong shoulders and deep-set blue eyes below brows darker than his dark hair - that was Shawn Kelvin."

Thus begins Maurice Walsh's original short story as it was published in the Saturday Evening Post in February of 1933.  It was subsequently revised and published with other Walsh stories of the same era, the characters and contents of which were molded by Director John Ford and Screenwriter Frank S. Nugent over more than a decade into the 1952 Academy Award-winning motion picture starring John Wayne, Maureen O'Hara, and Victor McLaglen.