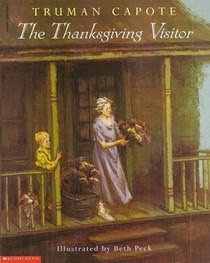 This short story by Truman Capote was originally published in the November 1967 issue of McCall's magazine, and later published as a book by Random House, Inc. in 1968. The story takes the form of a childhood tale about a boy and his bully problem. The story has a strong moral lesson related to revenge. It is a sequel to Capote's A Christmas Memory.

The story is narrated by eight-year-old Buddy, whose older cousin is his best friend. Buddy gets stopped on the way to school every day by local bully Odd Henderson, who pins him to the ground and rubs burrs into Buddy's head because "he's a sissy", an appellation to which Buddy admits. To stop this problem, his cousin, Miss Sook, invites Odd to her big Thanksgiving party.