MONDAY, November 3rd at 7:30PM: One Last Visit from THE WITCHES OF KARRES 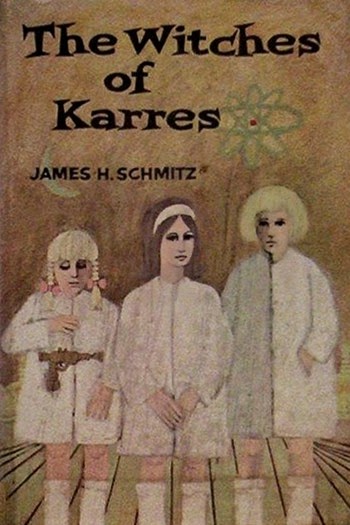 James H. Schmitz's best known book, and is considered a science fiction classic. It falls within the genre of space opera and features well-developed characters, a mix of both fantasy and hard science fiction as well as a sense of humor.

"The Witches of Karres" was written originally during 1949 as a novelette, and has been reprinted many times. It was nominated for the Hugo Award for Best Novel in 1967. David Langford commented that the "plot isn't really defensible", but that overall the novel is "saved by pace and good humour", and that "its tone is genuinely light"

Just three helpless little girls, Captain Pausert thought when he freed them from their slave owners on the world of Porlumma.  On the journey to their home world, he begin to realize that even children from the Witch World of Karres are very, very strange.