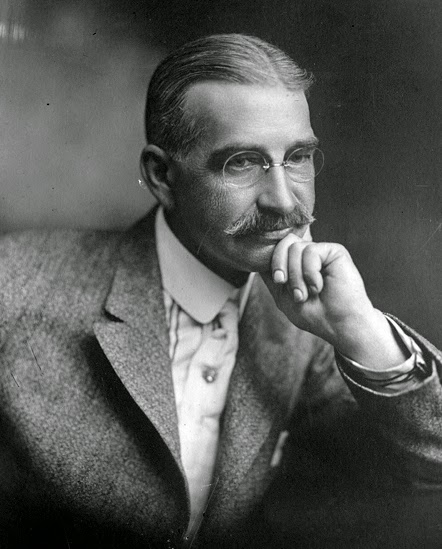 Faerie Maven-Pralou brings us to the end of Trot and Capn Bill's adventures under the waves, in the land of Queen Aquarine.   We'll say "goodbye" to all the new fair, sea folk . . . until the next adventure, that is!

Fun with Frank:
Baum had a flair for being the spotlight of fun in the household, including during times of financial difficulties. His selling of fireworks made the Fourth of July memorable. His skyrockets, Roman candles, and fireworks filled the sky, while many people around the neighborhood would gather in front of the house to watch the displays. Christmas was even more festive. Baum dressed as Santa Claus for the family. His father would place the Christmas tree, behind a curtain, in the front parlor so that Baum could talk to everyone while he decorated the tree without people managing to see him. He maintained this tradition all his life.
Posted by Caledonia S at 7:00 PM