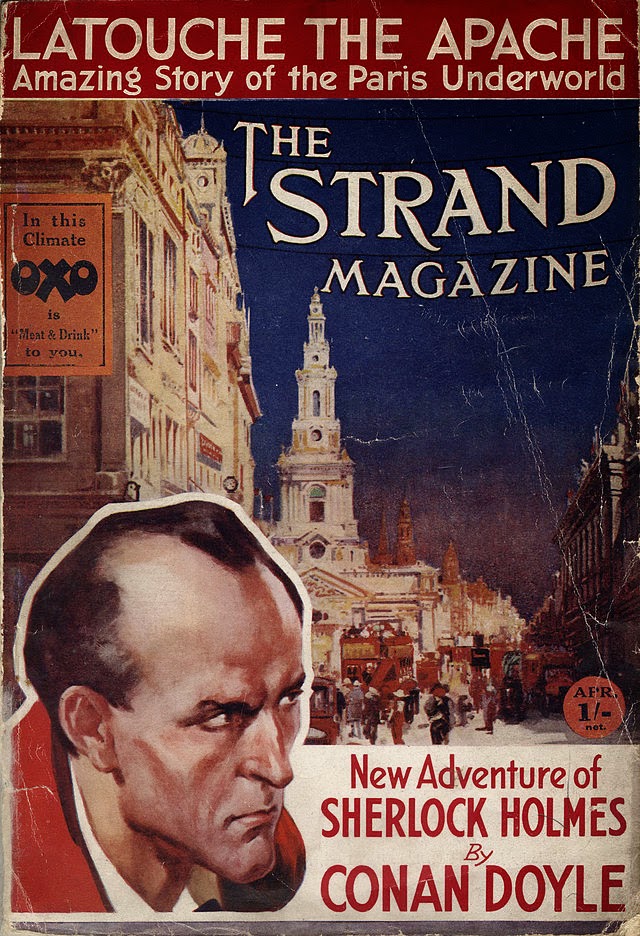 Published in 1927, THE CASEBOOK OF SHERLOCK HOLMES is the final collection of Holmesian short stories penned by Arthur Conan Doyle.  Corwyn, Kayden and Cale continue their magical mystery tour of this canon of work.

Head trainer John Mason from Shoscombe Old Place, a racing stable in Berkshire, comes to Holmes about his master, Sir Robert Norberton. Mason thinks he has gone mad. Sir Robert’s sister, Lady Beatrice Falder owns Shoscombe, but it will revert to her late husband’s brother when she dies. The stable has a horse, Shoscombe Prince, who Sir Robert hopes will win the Derby. He would be out of debt if that actually happened.
Mason is not quite sure what he wants Holmes to investigate, but a number of odd changes have happened at the stable:
This adventure was actually the last full one penned by Sir Arthur Conan Doyle before his death. The cover of the issue of the Strand where the story appeared is featured above.

Presented Live in Voice in the Seanchai Fireside Room, downstairs.
Posted by Caledonia S at 8:29 PM