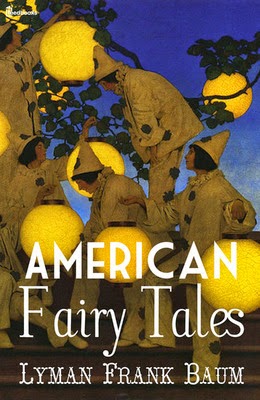 Our Faerie has returned from her travels!  And she's brought L.Frank Baum, the Master of Oz,  with her!

Most people don't realize how huge the Frank Baum canon really is.  Like Arthur Conan Doyle, and J.M. Barrie, the entirely of Baum's work tends to be overshadowed by what is considered his magnus opus.

He is best known for writing The Wonderful Wizard of Oz. He wrote thirteen novel sequels, nine other fantasy novels, and a host of other works (55 novels in total, plus four "lost" novels, 83 short stories, over 200 poems, an unknown number of scripts, and many miscellaneous writings), and made numerous attempts to bring his works to the stage and screen. His works anticipated such century-later commonplaces as television, augmented reality, laptop computers (The Master Key), wireless telephones (Tik-Tok of Oz), women in high risk, action-heavy occupations (Mary Louise in the Country), and the ubiquity of advertising on clothing (Aunt Jane's Nieces at Work).

Live in voice.
Posted by Caledonia S at 7:00 PM