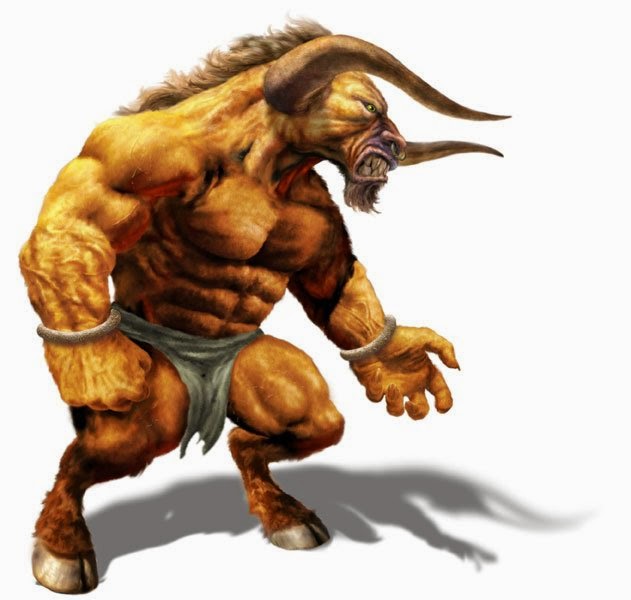 The Minotaur
The Minotaur—the monster anti-hero of this volume—is the offspring resulting from Queen Pasiphae's seduction of a magnificent golden bull on the island of Crete. The Minotaur is half-man, half-bull and fated to reside within the complex puzzle-garden, the Labyrinth, from which no prisoner of the king can escape. His hunt of human prey leads to murder and mayhem within the elaborate confines of the garden. Not until a young Athenian, Theseus, arrives on Crete does the action of conquest over this horrific beast begin. This is the exciting story of the monster in the maze who, burning with fury and frustration, becomes King Minos's means of spreading terror in the name of Crete. It is the story of strife, torment, romance, and triumph. The tale of the Minotaur, as of the other monsters in this series, is essentially one of human emotions, foibles, and beliefs. It is about jealousy, anger, and passion magnified and illuminated within the turbulent world of myth occupied by fearless heroes, capricious gods, and ferocious monsters.


And Don't forget SEANCHAI LATE NIGHT at 9pm!  TONIGHT: Caledonia & Shandon present "ONE NIGHT WITH THE FAE"
Posted by SLoring at 9:33 AM