THURSDAY, August 8th at 7PM: More from the MAGINOGION 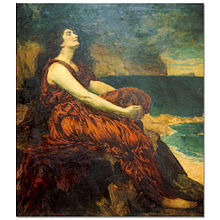 Celtic mythology, Arthurian romance, and an intriguing interpretation of British history. Eleven tales that make up the Welsh medieval masterpiece known as the Mabinogion. Gwydion the shape-shifter who can make a woman out of flowers; Math the magician whose feet must lie in the lap of a virgin; the hanging of a pregnant mouse and hunting of a magical boar. Dragons, witches, and giants live alongside kings and heroes, and quests of honour, revenge, and love. The storytelling world of Medieval Wales is presented by Shandon Loring for your pleasure, Live in Voice.

Tonight: BRANWEN AND THE KING OF IRELAND
Posted by Caledonia S at 7:14 AM

Email ThisBlogThis!Share to TwitterShare to FacebookShare to Pinterest
Labels: Branwen and the King of Ireland, Mabinogion, Shandon Loring, Welsh Folklore