TUESDAY, June 23: Tuesdays in the Glen

Both of today's sessions will be in the lovely Ceiliuradh Glen:
http://maps.secondlife.com/secondlife/Holly%20Kai%20Estates/223 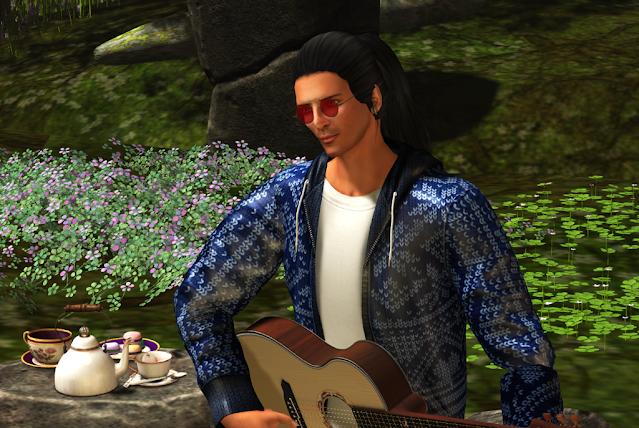 ~ at Noon: RUSSELL EPONYM, Live in the Glen
. . . with music and poetry in a soothing sylvan setting.  Enjoy a relaxing hour by the fire with Russell in Glen on Holly Kai Park. Live on Stream.
~ 7pm: Thornton Wilder's THE BRIDGE OF SAN LUIS REY Continues
Willow Moonfire presents Thorton Wilder’s second, and 1928 Pulitzer Prize winning novel. Influenced in part by Wilder’s own conversations with his deeply religious father, and inspired by Prosper Mérimée’s one-act act play, Le Carrosse du Saint-Sacrement, Thorton described the novel as a means to pose the question, “Is there a direction and meaning in lives beyond the individual’s own will?”

The bridge of the novel’s title and opening is a fictional Inca rope bridge, and its collapse is witnessed by a Franciscan friar, himself about to cross over it. A deeply pious man, Brother Juniper finds his faith challenged by the tragedy, and as a result embarks upon a “mission” to prove that it was divine will rather than chance that led to the deaths of those who fell with the bridge.
Live on Stream.
Posted by Seanchai Library at 8:59 AM