SUNDAY, June 14th at 1:30pm: TEA TIME with Miss Marple ~ "The Murder at The Vicarage" Begins 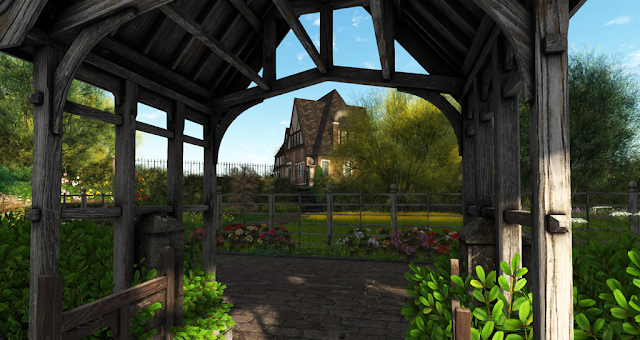 Dame Agatha Christie's "The Murder At The Vicarage"

"‘Anyone who murdered Colonel Protheroe,’ declared the parson, brandishing a carving knife above a joint of roast beef, ‘would be doing the world at large a favour!’ It was a careless remark for a man of the cloth. And one which was to come back and haunt the clergyman just a few hours later – when the colonel was found shot dead in the clergyman’s study. But as Miss Marple soon discovers, the whole village seems to have had a motive to kill Colonel Protheroe."
~ from agathachristie.com

The Murder at the Vicarage is the first novel to feature the character of Miss Marple and her village of St Mary Mead. This first look at St Mary Mead led a reviewer in 1990 to ask why these are called cosy mysteries: "Our first glimpse of St Mary Mead, a hotbed of burglary, impersonation, adultery and ultimately murder. What is it precisely that people find so cosy about such stories?"