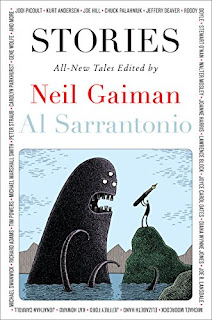 During the Thirty Years’ War, a soldier named (of course) Jack is, for a prank, thrown into a lake
whose waters are said to change anything they touch. Beneath the surface, Jack finds a whole other world where time passes rather differently, falls in love with the king of the lake’s daughter.

But – what is fiction, and what is reality?

Posted by Seanchai Library at 7:36 PM