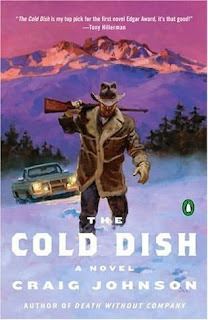 Walt Longmire's hopes of finishing out his term as sheriff of ’s Absaroka county in peace and quiet is at an end; instead, he finds himself in the middle of a murder investigation.

In addition to facing one of the more volatile and challenging cases in his twenty-four years as sheriff, Longmire is dealing with his own demons - the ones that have accumulated since his wife's death. Walt must face his own future and getting on with life, and solve this tangled murder case before revenge, so often regarded as a dish best served cold, is never served at all.