TUESDAY, April 12th at 7PM: Selections from YEAR OF YES 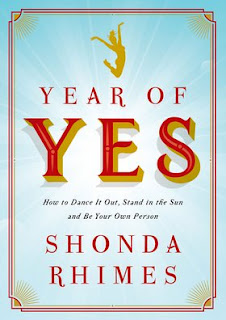 Shonda Rhimes is best known as the creator of television’s Grey’s Anatomy and Scandal, as well as an executive TV producer. Despite her success and career, she is introverted and prefers to say “no” to invitations and engagements.
Then her sister presents a challenge to which Shonda reluctantly agrees: spend a year saying “yes” to unexpected invitations and opportunities.
This book is a record of that year, and how just saying one simple word – “yes” – had a positive and transformative impact on one woman’s life.
Caledonia Skytower reads selections from Shonda Rhimes’ bestseller.