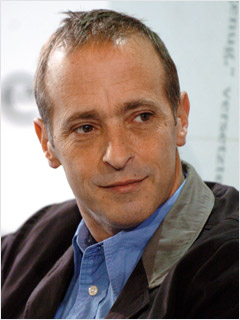 Crap Mariner mounts an expedition to explore the world of David Sedaris, modern  American humorist, comedian, author, and radio contributor who was nominated for a Grammy Award.

Sedaris has been described as "the rock star of writers." He was publicly recognized in 1992 when National Public Radio broadcast his essay "SantaLand Diaries" and has published numerous books of essays including the recent "Let's Explore Diabetes with Owls."

Presented Live in Voice.
Posted by Caledonia S at 6:00 PM

I don't think I have the voice quite right... it's hard to get his lilting twang.