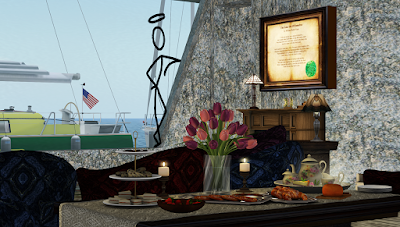 Simon Templar is a Robin Hood-like criminal known as The Saint – plausibly from his initials, but the exact reason for his nickname is unknown (although the reader is told that he was given it at the age of nineteen). Templar has aliases, often using the initials S.T. such as "Sebastian Tombs" or "Sugarman Treacle". Blessed with boyish humour, he makes humorous and off-putting remarks and leaves a "calling card" at his "crimes," a stick figure of a man with a halo over his head. This is used as the logo of the books, the movies, and the 1960s TV series. He is described as "a buccaneer in the suits of Savile Row, amused, cool, debonair, with hell-for-leather blue eyes and a saintly smile." 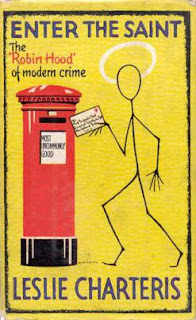 The Saint is featured in a series of books by Leslie Charteris published between 1928 and 1963. After
that date, other authors collaborated with Charteris on books until 1983.

TODAY: Part 1 of The Man Who Was Clever with David Abbot, Corwyn Allen, Kayden Oconnell, and Caledonia Skytower, live in voice in the Library's Fireside Room (Downstairs).