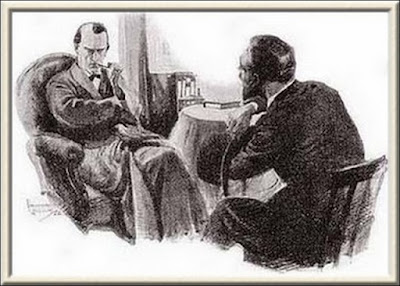 THIS WEEK: The Adventure of the Blanched Soldier

In January 1903, at , James M. Dodd sees Holmes about a missing friend, Godfrey Emsworth. Dodd and Emsworth served together in the Imperial Yeomanry in during the Second Boer War, which has only just ended. Emsworth was wounded during this war. Dodd has not seen him since the report of his injury, and "not a word for six months and more". Since Emsworth has always been such a good friend, Dodd believes something is amiss. 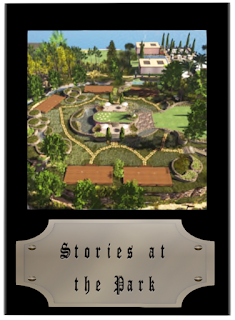 At 3 pm: STORIES AT THE PARK  Join Caledonia Skytower, Crap Mariner, and Trolley Trollop for original stories and poems created for the current exhibition on Art Hill, at Holly Kai Park.