MONDAY, March 23rd at 6am SLT: More from THE EMERALD ATLAS 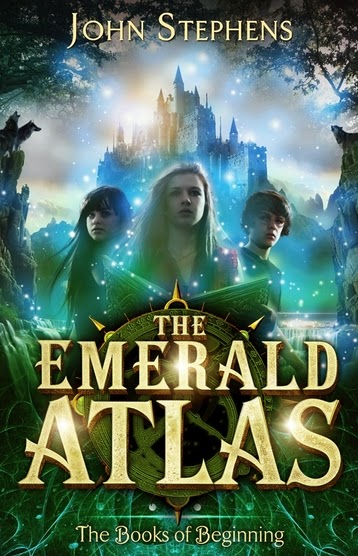 
“The Emerald Atlas” is the first novel of the children's fantasy trilogy “The Books of Beginning” by John Stephens. The second book is selling now and is called The Fire Chronicle. The book follows orphan siblings Kate, Michael, and Emma who, following a succession of unsuccessful orphanage dwellings, are transferred to the , where they find a magical book that grants the power of moving through time. Upon traveling to the past, they happen across a witch who has enslaved the nearby town in an attempt to find the book, known as the Atlas, that the children possess. As the siblings encounter various magical races in an effort to dispel the witch, Kate discovers that she is intrinsically bound to the Atlas, and that the three children are subject to an ancient prophecy.

Presented live in voice.
Posted by Caledonia S at 7:48 PM