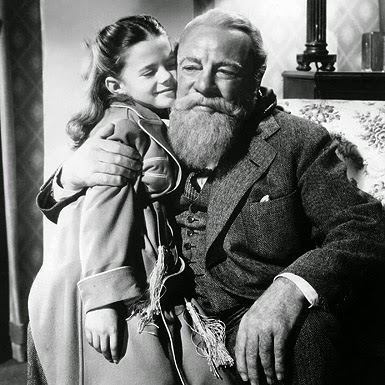 Since the beloved classic film was made based on Valentine Davies story, MIRACLE ON 34th STREET has been made a treasured part of holiday traditions by generations of believers in hope and goodwill. It all starts tonight with Macy's Thanksgiving Parade and a Santa who is not quite what he should be.

“ Valentine Davies weaves such an impressive story that it will make the most skeptical child believe and it will make us that no longer can- wish we could. ”

(Presented in two parts)
Posted by Caledonia S at 7:00 PM