TUESDAY, December 9th at 7pm: Selections from A CHRISTMAS STORY 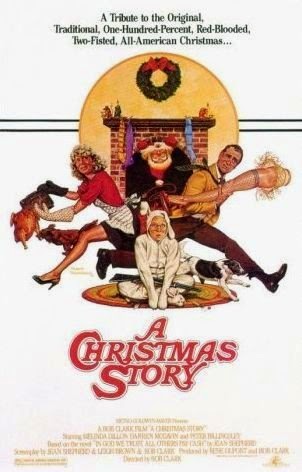 A Christmas Story is a 1983 American Christmas comedy film based on the short stories and semi-fictional anecdotes of author and raconteur Jean Shepherd, based on his book In God We Trust, All Others Pay Cash, with some elements derived from Wanda Hickey's Night of Golden Memories. Its popularity has endured such that it was novelized in 2003.

“It was all over - I was dead. What would it be? The guillotine? Hanging? The chair? The rack? The Chinese water torture? Hmmph. Mere child's play compared to what surely awaited me.”
Posted by Caledonia S at 7:27 PM