THURSDAY, December 19th at 7:00pm: Duel In The Snow (basis of the movie A Christmas Story) 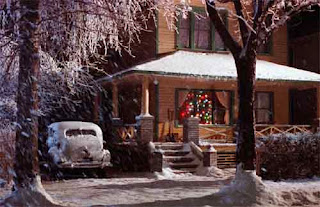 DUEL IN THE SNOW
(RED RYDER NAILS THE CLEVELAND STREET KID)
In 1983, a low-budget film titled A Christmas Story was released during the holiday season


with little fanfare written for the screen by the humorist and radio personality Jean Shepherd, it offered an affectionate but also slyly satirical portrait of a midwestern family's rites of Christmas during the Depression.
Posted by SLoring at 7:05 PM