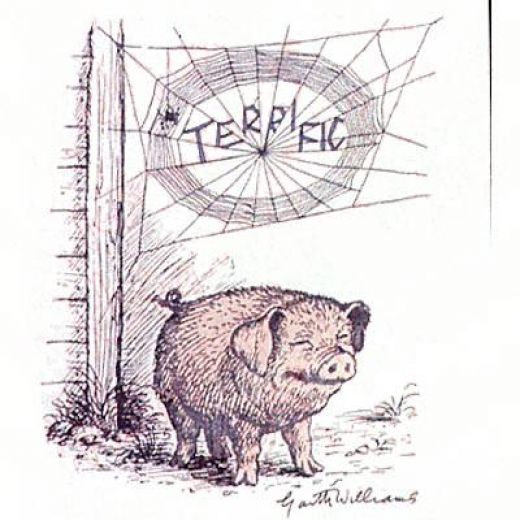 Caledonia begins E.B. White's Charlotte's Web - beloved by generations, Newbery Award-winning, and the best selling children's paperback of all time as of 2000.

After sparing the life of a baby piglet almost slaughtered due to his status as runt of the litter, a little girl named Fern Arable adopts it and nurtures it lovingly, naming it Wilbur. However, she is crushed when the piglet matures enough to be separated from his mother, and Wilbur is thus sent to reside on a farm owned by Fern's uncle, Homer Zuckerman. Her powerful attachment to Wilbur mutual, the pig is left yearning for companionship but is snubbed by other barn animals. However, he is welcomed by an unseen voice who promises to befriend him, vowing to reveal itself to him in the morning.

Presented live in voice.
Posted by Caledonia S at 6:00 AM