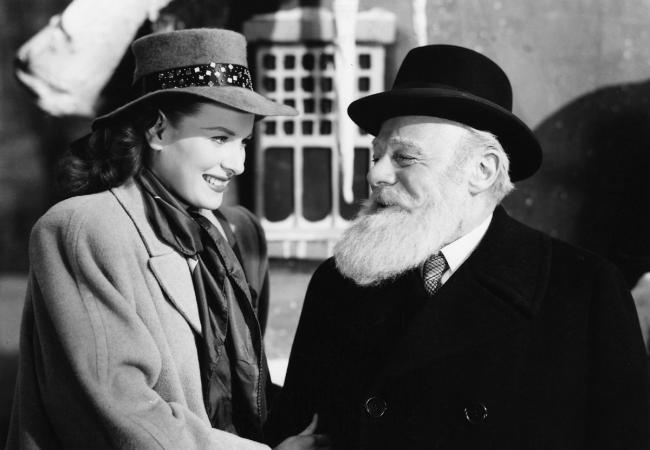 "Can't you let yourself believe in Fun and Joy and Love, and all the other intangibles?"
"You can't pay the rent with intangibles," she replied.
"And you can't live a life without them..."

Since the beloved 1947 classic film was made based on Valentine Davies story, MIRACLE ON 34th STREET has been made a treasured part of holiday traditions by generations of believers in hope and goodwill.

“Valentine Davies weaves such an impressive story that it will make the most skeptical child believe and it will make us that no longer can- wish we could. ” Celebrating the 65th Anniversary of the Motion Picture’s release, and presented Live in Voice by Caledonia Skytower in two parts.
Posted by Caledonia S at 7:00 PM