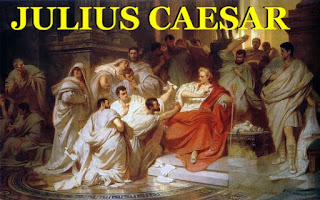 Jealous conspirators convince Caesar's friend Brutus to join their assassination plot against Caesar. To stop Caesar from gaining too much power, Brutus and the conspirators kill him on the Ides of March. Mark Antony drives the conspirators out of Rome and fights them in a battle. Brutus and his friend Cassius lose and kill themselves, leaving Antony to rule in Rome. Book: Shakespeare's Stories - The Histories Authors: William Shakespeare and Beverly Birch