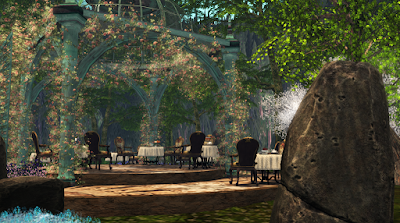 You know, it's Spring.  And we are feeling the need for a break from Murder, Mayhem, and Death. So today we take a brief departure from the world of mysteries and detectives to relish an hour with a favorite: H.H. Munro, better known as "Saki" - one of the masters of the late 19th, early 20th C short story.


Munro (1870-1916) was a British writer whose witty, mischievous and sometimes macabre stories satirize Edwardian society and culture. He is often compared to O. Henry and Dorothy Parker. Influenced by Oscar Wilde, Lewis Carroll and Rudyard Kipling, he himself influenced A. A. Milne, Noël Coward and P. G. Wodehouse.

Da5id Abbot, Savannah Blindside, and Caledonia Skytower share an alfresco buffet of short adventures, and tales of manners by the noted author, including: