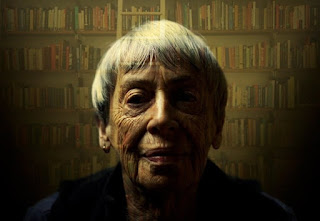 Seanchai Library joins Fantasy Faire's LitFest in celebrating the work of the late Ursula K.Le Guin with two stories from her vast canon of works.

In "CatWings" Mrs. Jane Tabby can't explain why her four precious kittens were born with wings, but she's grateful that they are able to use their flying skills to soar away from the dangerous city slums where they were born. However, once the kittens escape the big city, they learn that country life can be just as difficult!

. . . and  in "The Rule of Names" (as well as in"The Word of Unbinding") Le Guin conveys her initial concepts for the Earthsea realm, most importantly its places and physical manifestation, but not most of the characters appearing in the novels, other than the dragon Yevaud.  Both stories help explain the underpinnings of the Earthsea realm, in particular the importance of true names to magic

A special 90 minute session, with stories presented live in Voice.