TUESDAY, March 21st at 7PM: OF MICE AND MAGIC Begins! 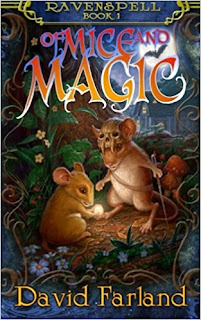 More than anything, Benjamin Ravenspell wants a pet.  But when he buys a mouse named Amber, he gets more than he bargained for.  No sooner does Ben take her home, than Amber turns him into a mouse too.  You see, Amber has magical abilities, and it so happens that Ben is a familiar - a creature that stores magical energy.

Together they each form half of a powerful wizard.  Alone, they're just vermin. Soon Ben and Amber will find themselves pitted in an epic battle against a magical enemy who is as crazed as he is evil, and the fate of the world will depend on them learning to work together.