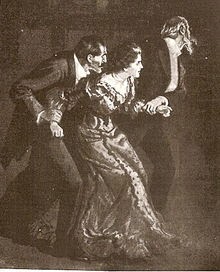 Corwyn, Kayden, and Caledonia continue with Part 2 of "The Adventure of Wisteria Lodge."

Holmes and Dr. Watson go to Esher to see Wisteria Lodge with Inspector Baynes. Holmes has deduced that the murderer lives near Wisteria Lodge, and in a big house.  He begins to reconnoiter the local candidates and finds one of interest, the Henderson household, whose master has obviously spent time in the tropics, and whose servant is a dark-skinned foreigner. Henderson’s two girls have an English governess named Burnet. Holmes also learns from a sacked gardener that Henderson is rich, and scared of something, although no-one can say what. Nor can anyone say where he came from.