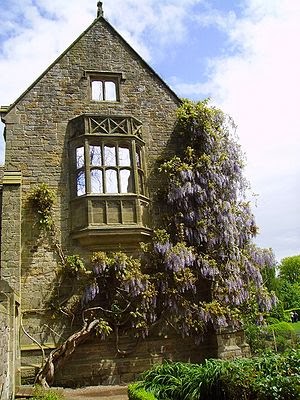 Corwyn, Kayden, and Caledonia begin the first story of eight collectively titled HIS LAST BOW: Some Reminiscences of Sherlock Holmes.

TODAY:  Part 1 of "The Adventure of Wisteria Lodge."
Holmes is visited by a perturbed proper English gentleman, John Scott Eccles, who wishes to discuss something “grotesque”. No sooner has he arrived at 221B Baker Street than Inspector Gregson also shows up, along with Inspector Baynes of the Surrey Constabulary. They wish a statement from Eccles about the murder near Esher last night. A note in the dead man’s pocket indicates that Eccles said that he would be at the victim’s house that night. The Game is a foot!

Presented live in voice.
Posted by Caledonia S at 4:31 PM