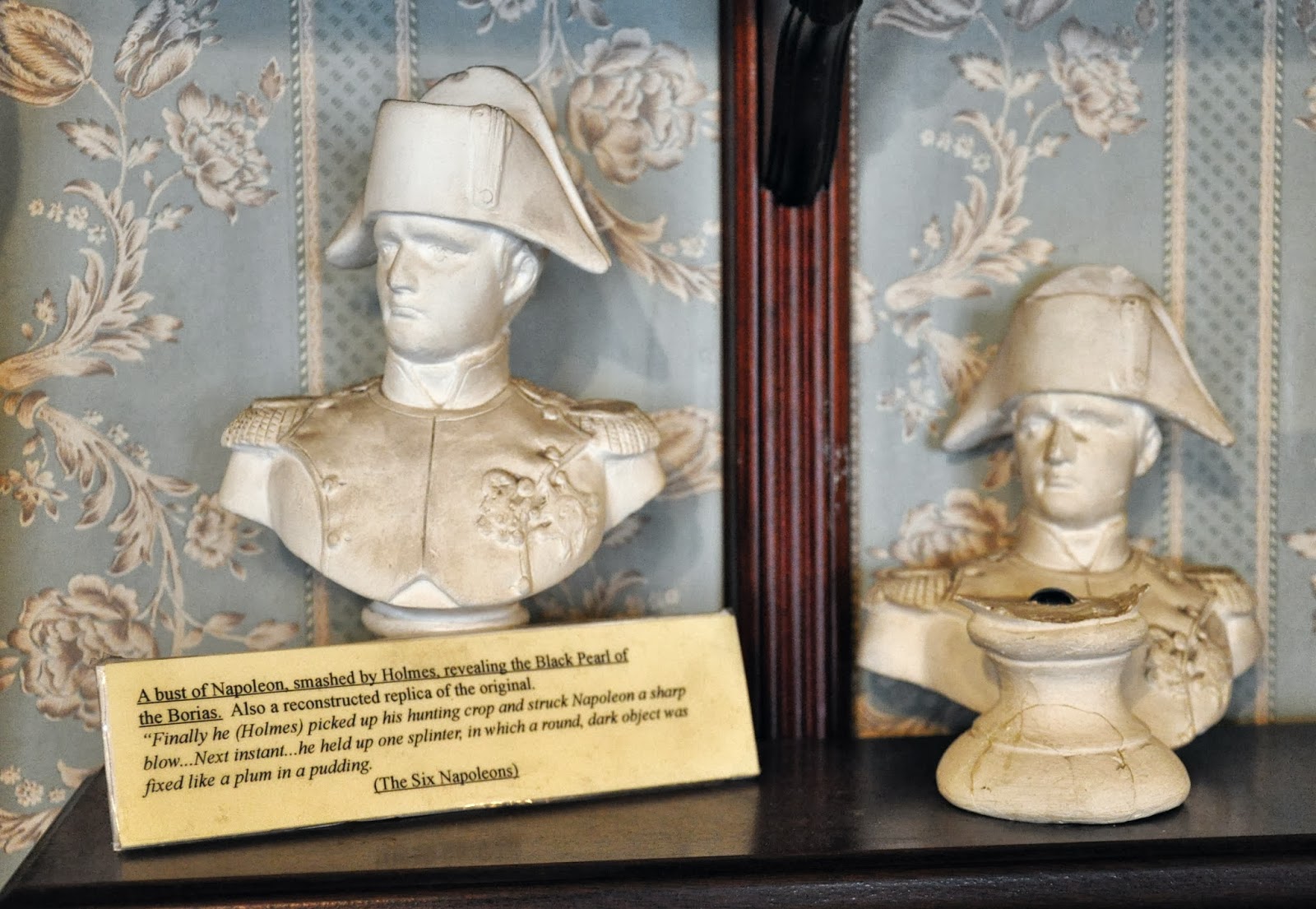 Corwyn cracks open yet another case from THE RETURN OF SHERLOCK HOLMES!  Grabba a cuppa and join him at the fireside for another thrilling adventure.  THIS WEEK (Really): "The Adventure of the Six Napoleons."

Inspector Lestrade of Scotland Yard brings Holmes a seemingly trivial problem about a man who shatters plaster busts of Napoleon. One was shattered in Morse Hudson’s shop, and two others, sold by Hudson to a Dr. Barnicot, were smashed after the doctor’s house and branch office had been burgled. Nothing else was taken. In the former case, the bust was taken outside before being broken. Holmes knows that Lestrade’s theory about a Napoleon-hating lunatic must be wrong. The busts in question all came from the same mould. Why is he breaking them?

Presented Live in Voice.
Posted by Caledonia S at 1:58 PM