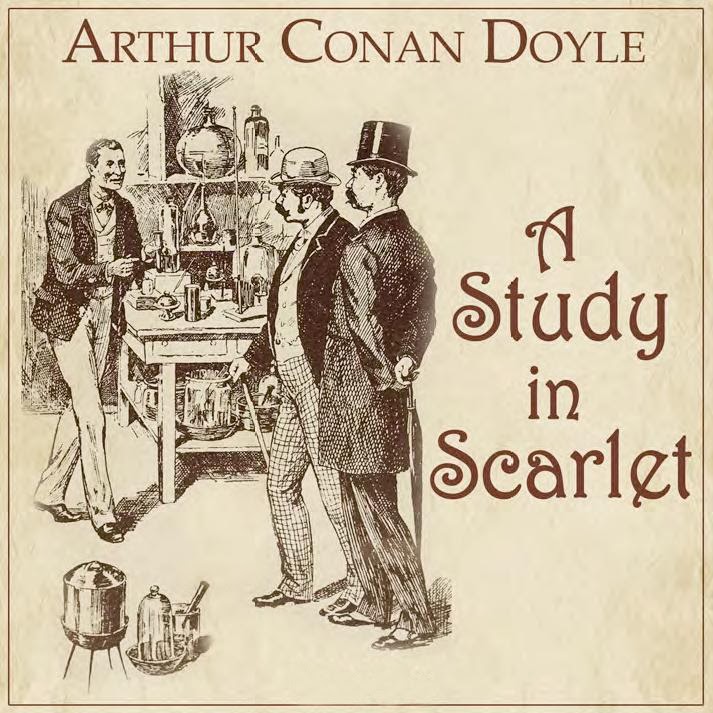 A STUDY IN SCARLET continues with Part 2: Grab a 'cuppa and join them at the fireside ~ the game is a foot!

A STUDY IN SCARLET  was written by Sir Arthur Conan Doyle, introducing his new characters, "consulting detective" Sherlock Holmes and his friend and chronicler, Dr. John Watson, who later became two of the most famous characters in literature.

Conan Doyle wrote the novel at the age of 27 in less than three weeks. As a general practice doctor in Southsea, Portsmouth, he had already published short stories in several magazines of the day, such as the periodical London Society. The story was originally titled A Tangled Skein, and was eventually published by Ward Lock & Co. in Beeton's Christmas Annual 1887, after many rejections. The author received £25 in return for the full rights (although Conan Doyle had pressed for a royalty instead).

A STUDY IN SCARLET will be presented in four parts, live in Voice.
Posted by Caledonia S at 9:24 PM