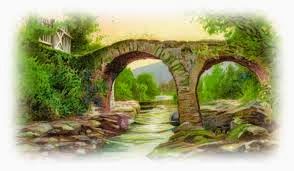 It is no secret that one of Caledonia's annual rituals in honor of Saint Patrick's Day, is her yearly reading (sometimes readings) of Maurice Walsh's short story that inspired John Ford to work for over a decade to adapt the story of Sean Kelvin and his Ellen into an academy Award-winning motion picture starring Maureen O'Hara and John Wayne that is beloved by many.


"Shawn Kelvin, a blithe young lad of 20, went to the States to seek his fortune. And 15 years thereafter he returned to his native Kerry, his blitheness sobered and his youth dried to the core, and whether he had made his fortune or whether he had not no one could be knowing for certain. For he was a quiet man, not given to talking about himself and the things he had done."

Presented live in voice.
Posted by Caledonia S at 7:00 PM