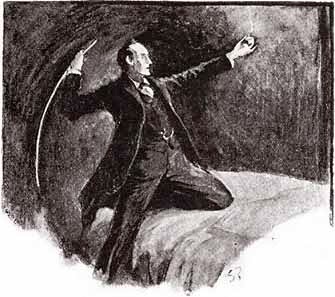 THIS WEEK: The Adventure of the Speckled Band. One of Sherlock's better known and more devious mysteries.


Holmes' client is Helen Stoner, a 32-year-old spinster who lives with her stepfather: Dr. Grimesby Roylott of Stoke Moran. Dr Roylott is the last survivor of what was a wealthy but dissolute and violent tempered aristocratic Anglo-Saxon family of . After returning from where he had a large medical practice and had served a jail sentence for killing his native in a fit of rage, Roylott—a widower—settles with his two stepdaughters in the broken-down ancestral manor-all that is left of estates that had extended into and Hampshire.

The doctor becomes notorious for terrorizing the local village because of his quarrelsome personality and violent temper. Dr. Roylott has required Miss Stoner, who is engaged to be married, to move into a particular bedroom of his heavily mortgaged ancestral home in Stoke Moran. This room was the one in which two years before, Helen's twin sister Julia had died under mysterious and dramatic circumstances—uttering the last words "The band! The speckled band!"

Come find a comfy seat and pour yourself a cuppa and enjoy, presented live in voice.
Posted by Caledonia S at 8:33 PM