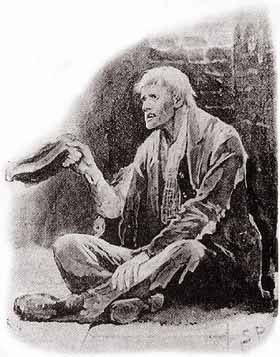 THIS WEEK: The Man With the Twisted Lip.

Dr Watson is called upon late at night by a female friend of his wife. Her husband has been absent for several days and, as he is an opium addict, she is sure he has been indulging in a lengthy drug binge in a dangerous opium den. Frantic with worry, she seeks Dr. Watson's help in fetching him home. Watson does this, but he also finds his friend Sherlock Holmes in the den, disguised as an old man, trying to extract information about a new case from the addicts in the den.

Come find a comfy seat and pour yourself a cuppa and enjoy, presented live in voice.
Posted by Caledonia S at 6:31 AM