THIS WEEK at Seanchai Libraries : It's "Carol Week"!

All times Pacific Time, story events in Voice unless noted.
It's "Carol Week" for Seanchai Library's annual Dickens Project. You can hear Charles Dickens' holiday classic in parts & in its entirety over this seven day celebration.
All sessions will be at LEA 7
http://maps.secondlife.com/secondlife/LEA7/114/149/21

More selections from the works of Charles Dickens. This week in Christmas Yet to Come in "Redemption Square" at The Dickens project on LEA 7.  Look for the teleport panel at the main Landing Point.  Come early to experience the holiday joy of the Raglan ShireTiny Carolers!  Dancing Follows with DJ Elrik Merlin
http://maps.secondlife.com/secondlife/LEA7/114/149/21 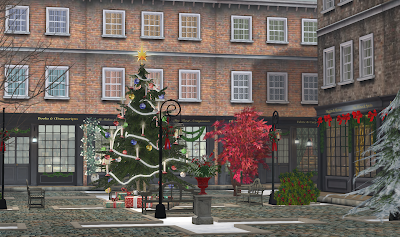 *Friday, December 15th, at 3pm; A CHRISTMAS CAROL, The 90 Minute Adaptation &  Story Tour - taken from the version edited by Charles Dickens himself for public readings during his lifetime. (Kayden Oconnell & Caledonia Skytower)


Check out all the events at THE DICKENS PROJECT including Performances by Misfit Dance and Performance Art, Fezziwig's Ball, and which reading sessions are likely to be preceded by the Wootmas Joys of the Raglan Shire Tiny Carolers! 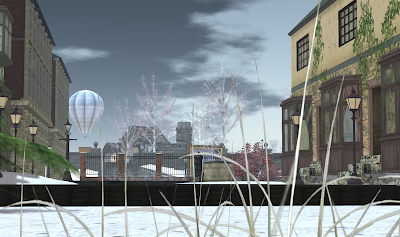 All sessions at the Seanchai Library (SL) are offered free to all Residents.  Guests at Second Life sessions at the Holly Kai Main Branch are welcome to join us in donating to our featured charity for October - December,  Habitat for Humanity - bringing people together to build homes, communities and hope.

In accordance with Linden Endowment for the Arts rules, there is no on-going tipping at The Dickens Project on LEA 7.

Have questions? Send a notecard to Caledonia Skytower
Posted by Caledonia S at 12:08 AM