@11am - Wald Schridde Live at The Dickens Project: 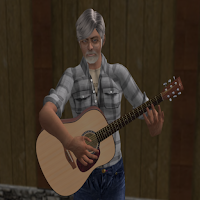 Sea Shanties at Christmas Past Docks
Wald began playing medieval, renaissance, and folk music while in high school and college. His love of this music has continued through his adult life. Inspired by the live music scene in SL, Wald dusted off his folk instruments and began performing here in 2014. His repertoire includes folk songs, traditional airs, medieval dances, and renaissance songs, performed with guitar, autoharp, dulcimer, recorders, mandolin, and penny whistle. 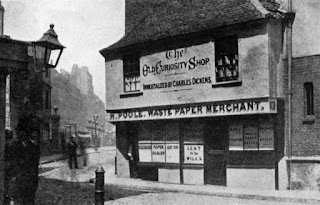 This week we'll be in "Christmas Present" at The Three Cripples.  John and Caledonia will share selections of parties that didn't quite go as planned from The Old Curiosity Shop and The Pickwick Papers.

2-4pm - Dancing in "Present" with DJ Dano Bookmite
Step right outside The Three Cripples and join in for two hours of eclectic holiday music and entertaining company in the Camden Town area of Christmas present, as DJ Dano Bookmite spins tunes to make you feet move, despite themselves.