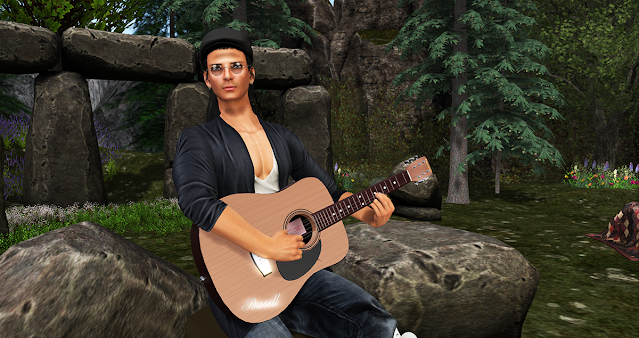 Join us for Russell's popular weekly performance in our beautiful Glen for an hour of 100% live and unplugged acoustic music and spoken word.  Russell will be presenting original and traditional songs, instrumental pieces and covers, together with some selected poems. Folk Baroque and Beyond.
Live in Stream
http://maps.secondlife.com/secondlife/Nowhereville/197/131/21
\
@7PM: HOWL'S MOVING CASTLE - Continues

Sophie has the great misfortune of being the eldest of three daughters, destined to fail miserably should she ever leave home to seek her fate. But when she unwittingly attracts the ire of the Witch of the Waste, Sophie finds herself under a horrid spell that transforms her into an old lady. Her only chance at breaking it lies in the ever-moving castle in the hills: the Wizard Howl's castle.