TUESDAY, June 8th at 7pm: WHAT ABIGAIL DID THAT SUMMER Continues 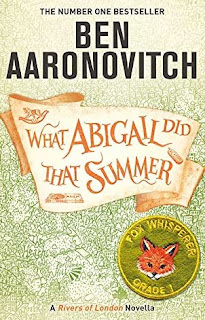 Posted by Seanchai Library at 7:19 PM

Email ThisBlogThis!Share to TwitterShare to FacebookShare to Pinterest
Labels: Ben Aaronovitch, Corwyn Allen, What Abigail Did That Summer