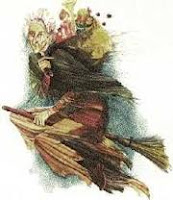 No, Christmas has passed, but this is a story that transcends a singular yuletide holiday.  Trolley shares "Epiphany" from multiple Hugo and Nebula Awards, Connie Willis, in which three modern-day wise men embark on a quest unlike any they've ever experienced


Also known as Three Kings' Day, it is a Christian feast day that celebrates the revelation of God the Son as a human being in Jesus Christ. In Western Christianity, the feast commemorates principally (but not solely) the visit of the Magi to the Christ child, and thus Jesus' physical manifestation to the Gentiles. Moreover, the feast of the Epiphany, in some Western Christian denominations, also initiates the liturgical season of Epiphanytide.

In Italy, Epiphany is associated with the figure of the Befana (the name being a corruption of the word Epifania), an broomstick-riding old woman who, in the night between 5 and 6 January, brings gifts to children, and/or a lump of "coal" (really black candy) for the times they have not been good during the year. The legend told of her is that, having missed her opportunity to bring a gift to the child Jesus together with the Three Wise Men, she now brings gifts to other children on that night.