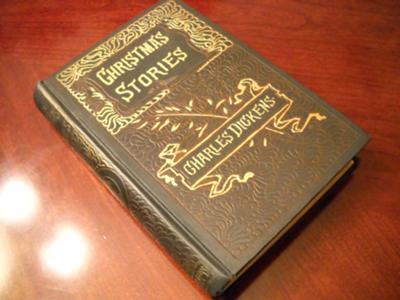 When Dickens’ publishers required him to pay back advances due to the poor sales of "Martin Chuzzlewit", he knew he needed some other means of income. At that point in his career, 1843, Dickens was doing well, but had not reached a level of financial security that would allow him to go for a stretch of time without income. So Dickens “decided to throw off" a complete Christmas book in the intervals of writing the monthly serial parts of Chuzzlewit. In an era when an author’s manuscript was published and available to the public in much shorter times than the 21st Century, A Christmas Carol went on sale in December and was a tremendous success.

Dickens Made Christmas Stories an Annual Tradition.  Caledonia shares some of them tonight in Voice.

THERE MIGHT BE A SURPRISE VISIT BY THE GRINCH! Another annual tradition!
Posted by Caledonia S at 7:00 PM