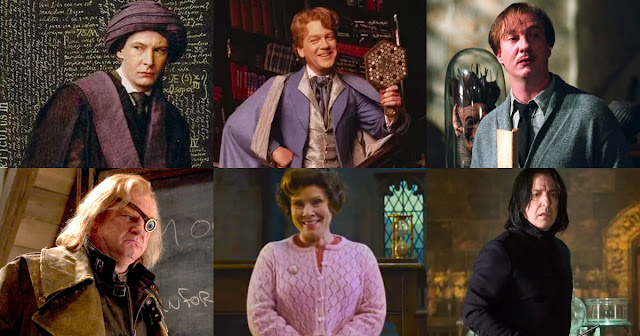 Defence Against the Dark Arts (abbreviated as DADA) was a subject taught at Hogwarts School of Witchcraft and Wizardry and Ilvermorny School of Witchcraft and Wizardry. In this class, students studied and learnt how to defend themselves against all aspects of the Dark Arts, including dark creatures, curses, hexes and jinxes (dark charms), and dueling.

The class was a core subject at Hogwarts. The position of Defence Against the Dark Arts professor at the school was once rumored to be jinxed, as no teacher could hold the post for more than a year without suffering an unpleasant fate. Tom Riddle jinxed the position because Albus Dumbledore did not give him the job when he applied for it. The fact that no teacher has lasted longer than a year meant that the subject had numerous Professors over the years.

From Gilderoy  Lockheart to Madeye Moody, and sommat in between with Caledonia, live on stream. (90 minutes)

Posted by Seanchai Library at 7:37 PM