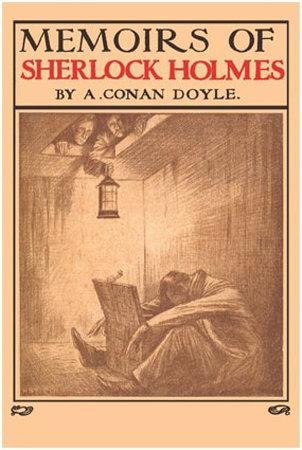 Caledonia Skytower and Corwyn Allen continue with the second of Sir Arthur Conan Doyle's short story collections about the adventures of his famous detective and the doings generated from Baker Street: "The Memoirs of Sherlock Holmes." This week: THE ADVENTURE OF THE CROOKED MAN.

Holmes calls on Watson late one evening to tell him about a case that he has been working on, and also to invite him to be a witness to the final stage of the investigation. Colonel James Barclay, of The Royal Mallows based at Aldershot Camp, is dead, apparently by violence, and his wife Nancy is the prime suspect.

Presented Live in Voice.
Posted by Caledonia S at 12:30 PM