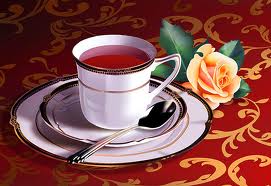 Caledonia Skytower continues with the second of Sir Arthur Conan Doyle's short story collections about the adventures of his famous detective and the doings generated from Baker Street: "The Memoirs of Sherlock Holmes" ~ THE ADVENTURE OF THE GREEK INTERPRETER.

On a summer evening, while engaged in an aimless conversation that has come round to the topic of hereditary attributes, Doctor Watson learns that Sherlock Holmes, far from being a one-off in terms of his powers of observation and deductive reasoning, in fact has an elder brother whose skills, or so Holmes claims, outstrip even his own. As a consequence of this, Watson becomes acquainted with the Diogenes Club and his friend's brother, Mycroft.

Mycroft, as Watson learns, does not have the energy of his younger brother and as a consequence is incapable of using his great skills for detective work. In spite of his inertia, the elder Holmes has often delivered the correct answer to a problem that Sherlock has brought to him. On this occasion, however, it is Mycroft who has need to consult Sherlock. Mr. Melas, a Greek interpreter and neighbour of Mycroft, tells of a rather unnerving experience he has recently gone through.  Caledonia Skytower in Voice.