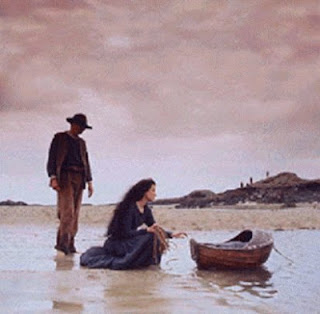 THE SECRET OF ROAN INISH
conclusion

"It all started long ago when the cottages on Ron Mor were newly built, five or six there must have been then, right down on the shore of the only bay on the island, and a family living in each. They were fisherfolk for the most part, living on what they could get from the sea and the scanty crops they managed to raise on the thin soil of the island. Their life was hard, but not too hard for them to take an interest in one another's affairs. So it was odd that nobody ever discovered for certain where young Ian McConville really found his wife.”

Fiona who learns of the selkie tales from her grandfather - and of her own bloodline - goes in search of her lost little brother.
Posted by SLoring at 7:05 PM