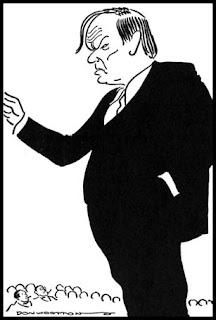 Kayden will share David Rintels' one-man play "Clarence Darrow". The play is based on a truly paradoxical, sophisticated, hedonistic country lawyer named Clarence Seward Darrow (born April 18, 1857, died March 13, 1938). He was the son of the village undertaker and coffin maker. He feared death, which may have lead to his lifelong crusade against capital punishment. No client of his was ever executed during his six decade long career. Reading presented in voice.
Posted by Derry McMahon at 7:24 PM